Ten years in the making, from the artisans of the Pharaonic Village in Giza, Egypt and the Metropolitan Museum of Art, this dazzling collection of reproductions of Tutankhamun’s legendary treasures recreates the richest archaeological find of all time. While the experience of seeing the original artifacts is unsurpassable, the sheer number of replicas in the Tutankhamun: “Wonderful Things” From The Pharaoh’s Tomb collection far exceeds the number of original objects from the tomb which have been allowed to leave the Egyptian Museum for view abroad. Most of the more impressive artifacts will never be seen in the U.S. but for replicas of this quality.

Accompanied by a lively text, 131 replicas of the pharaoh’s sacred and personal possessions (including such spectacles as the golden Canopic Shrine, his magnificent state chariot, the iconic golden mummy case, his thrones, bed, jewelry, spectacular funerary mask, and the bejeweled royal mummy) along with associated artifacts from the period surrounding Tutankhamun’s reign reconstruct both the historic discovery of the tomb by Howard Carter and the life and times of Egypt’s celebrated boy king.

An innocent puppet-ruler, Tutankhamun was caught in the midst of a dangerous and profound political, spiritual, and artistic revolution against the entire pantheon of ancient Egyptian gods by the first monotheistic religious cult in history. The pharaoh’s much overlooked African heritage is explored, along with the religious magic of the sacred objects, and the infamous curse of Tutankhamun.

Elegantly displayed on pedestals of simulated Egyptian granite, the artifacts are grouped in 5 chambers according to aspects of the pharaoh’s life: an Introductory hall, the hall of the Discovery, the Private Pharaoh, the Public Pharaoh, and the Sacred Burial. This spellbinding exhibition is accompanied by a haunting score of ambient music, especially composed to evoke the timeless mystery of the ancient tomb. Available in America for the first time to a whole generation, this classic exhibition vividly brings to life the enigmatic, opulent age of 18th Dynasty Egypt. 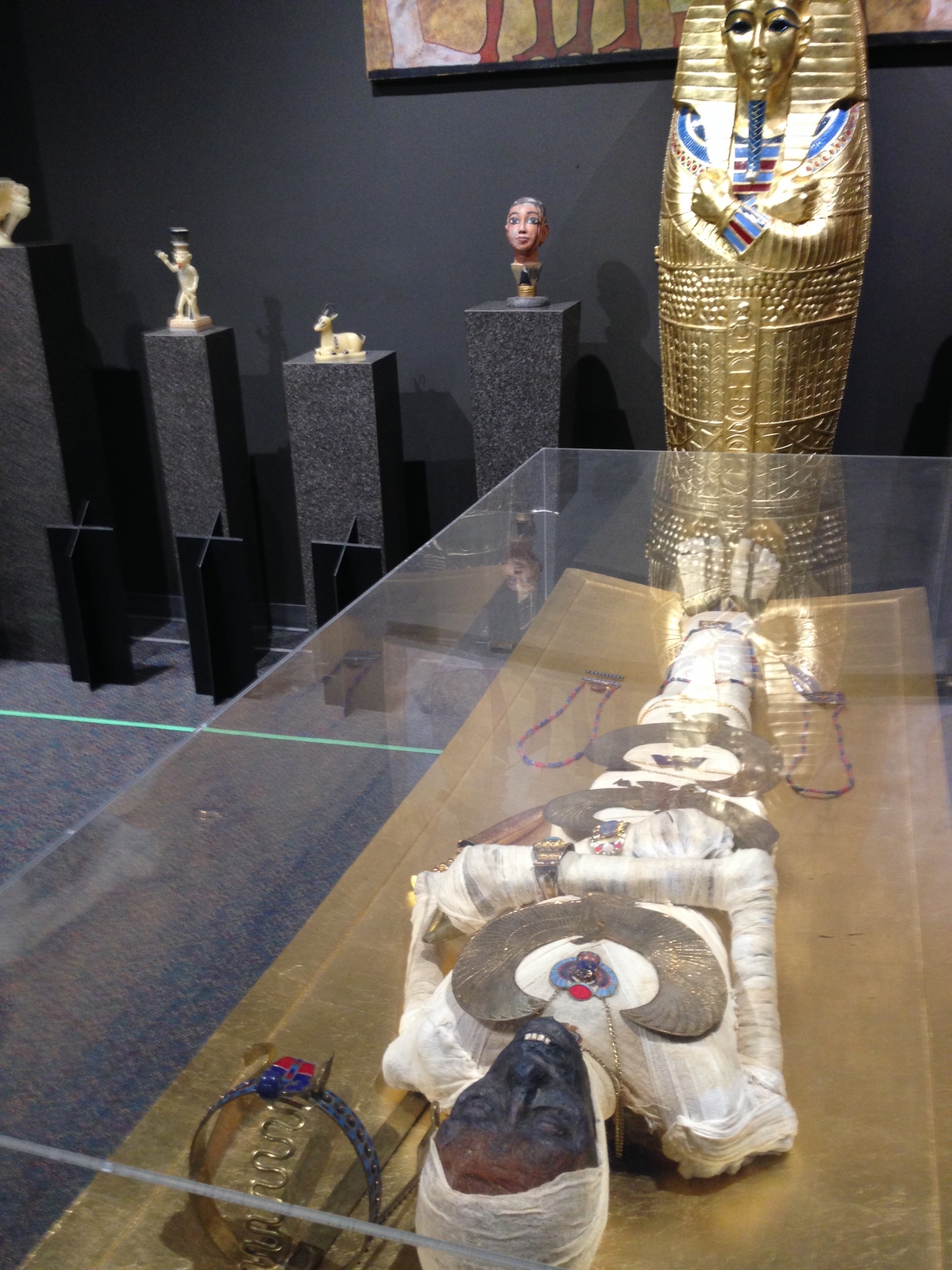