This is a non-returning boomerang, typical of a style from Northern Australia. This style of boomerang can be used for hunting large and small game, as well as a club for close combat Australian Aboriginal Peoples have an ancient lineage, and are believed to have reached Australia over 40,000 years ago, likely during periods of low Ocean levels when it was possible make the journey entirely on land. At the time of European contact the various Australian Aboriginal Peoples had a very limited technology level; but a very sophisticated knowledge of the ecology of their homelands. This knowledge base was integrated with an equally complex spiritual belief system. While few if any contemporary indigenous Australians live in a manner resembling their pre-contact ancestors, their unique cultures still are extent and a vibrant part of Australian society. 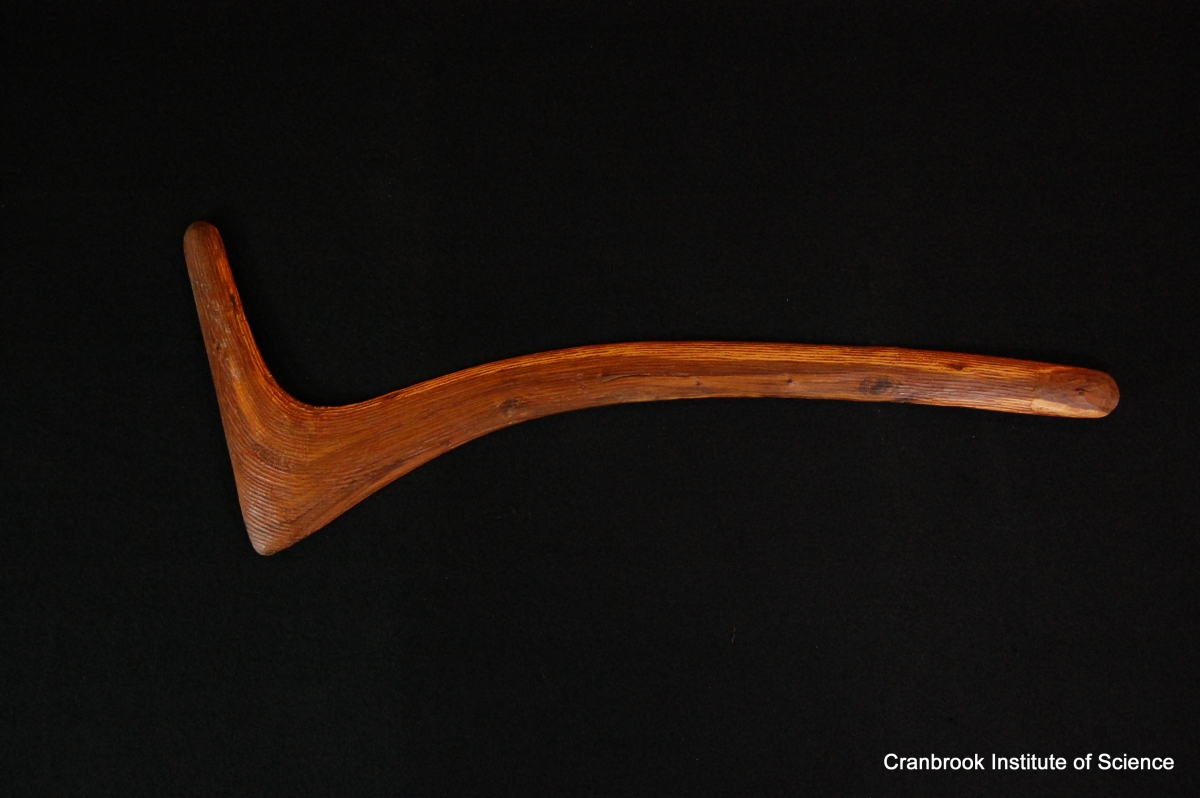 One of the collections showpieces, these beautiful shoes are richly decorated with fine ribbon applique-work and small white trade beads. They are an exceptional example of the artistry of early 19th century Native American bead artists. At the time of European contact, the Miami Peoples lived in the Western and Lower Great Lakes regions. During the 17th and 18thcentury they were allies and trading partners of the French.  The Miami fought alongside the French against the British in the French and Indian War (AKA the Seven Years War). As the Great Lakes passed from British to American hands in the late 19th century the Miami People allied with neighboring tribes in an effort to resist American advancement. The Miami leader Little Turtle was a key leader in this alliance. After the Native alliance was defeated, the Miami were pressured to relocate west of the Mississippi during the Andrew Jackson administration. Presently, the Miami Tribe of Oklahoma has Federal recognition, while the State of Indiana also recognizes the Indiana Miami Tribe. 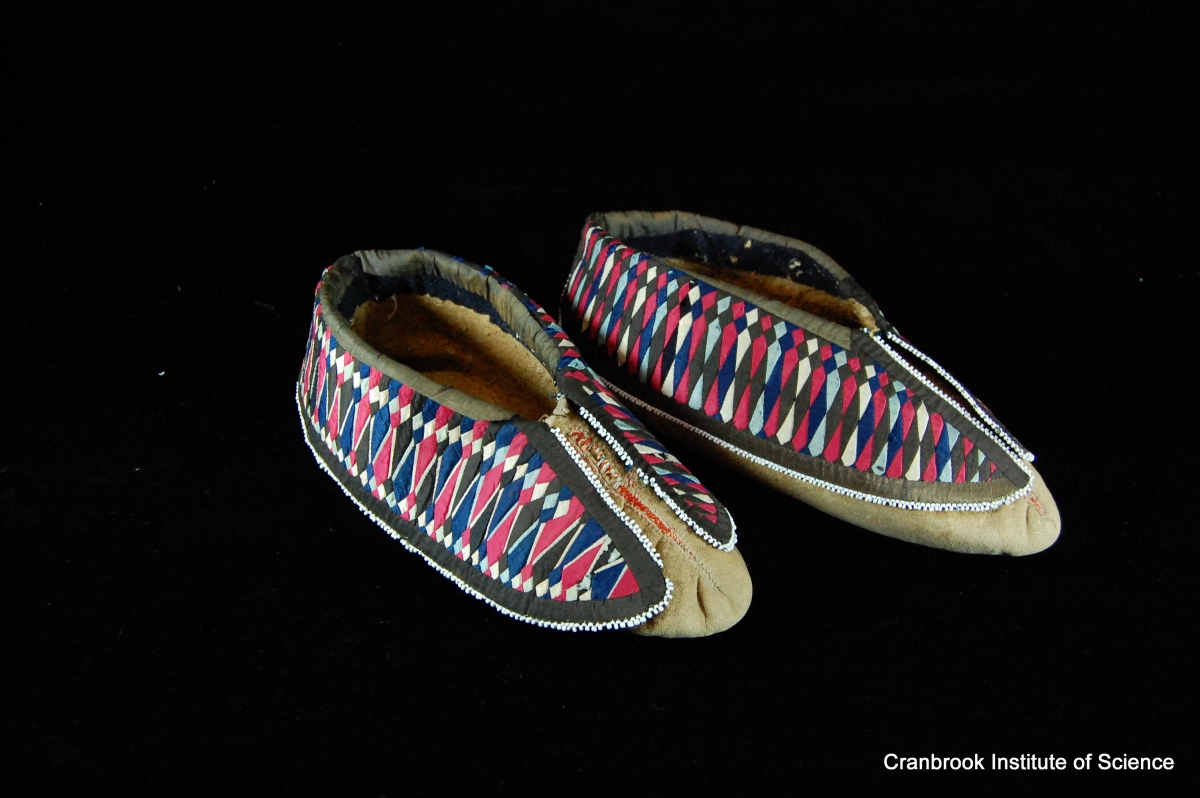 This fine buckskin shirt is richly decorated with porcupine quill designs and paint. Colonel B. H. Pope was likely stationed at Fort Yates, North Dakota on the Standing Rock Sioux Reservation when he acquired this shirt. The Hunkpapa are a part of the Lakota Tribe, which in turn are part of a group of Native Peoples collectively sometimes known as “Sioux.” Once resident in the forests of modern Minnesota, the introduction of horses and firearms transformed their culture. They became Plains-roving bison hunters.  In the late 19th century the Hunkpapa division of the Lakota tribe was famously involved in several conflicts that were a part of the “Plains Indian Wars,” including the Battle of Little Big Horn, where General George Armstrong Custer’s 7th Cavalry were defeated. Shirts of this type are sometimes known as “war shirts,” as they were often created in such a way as to document their owner’s exploits in battle.